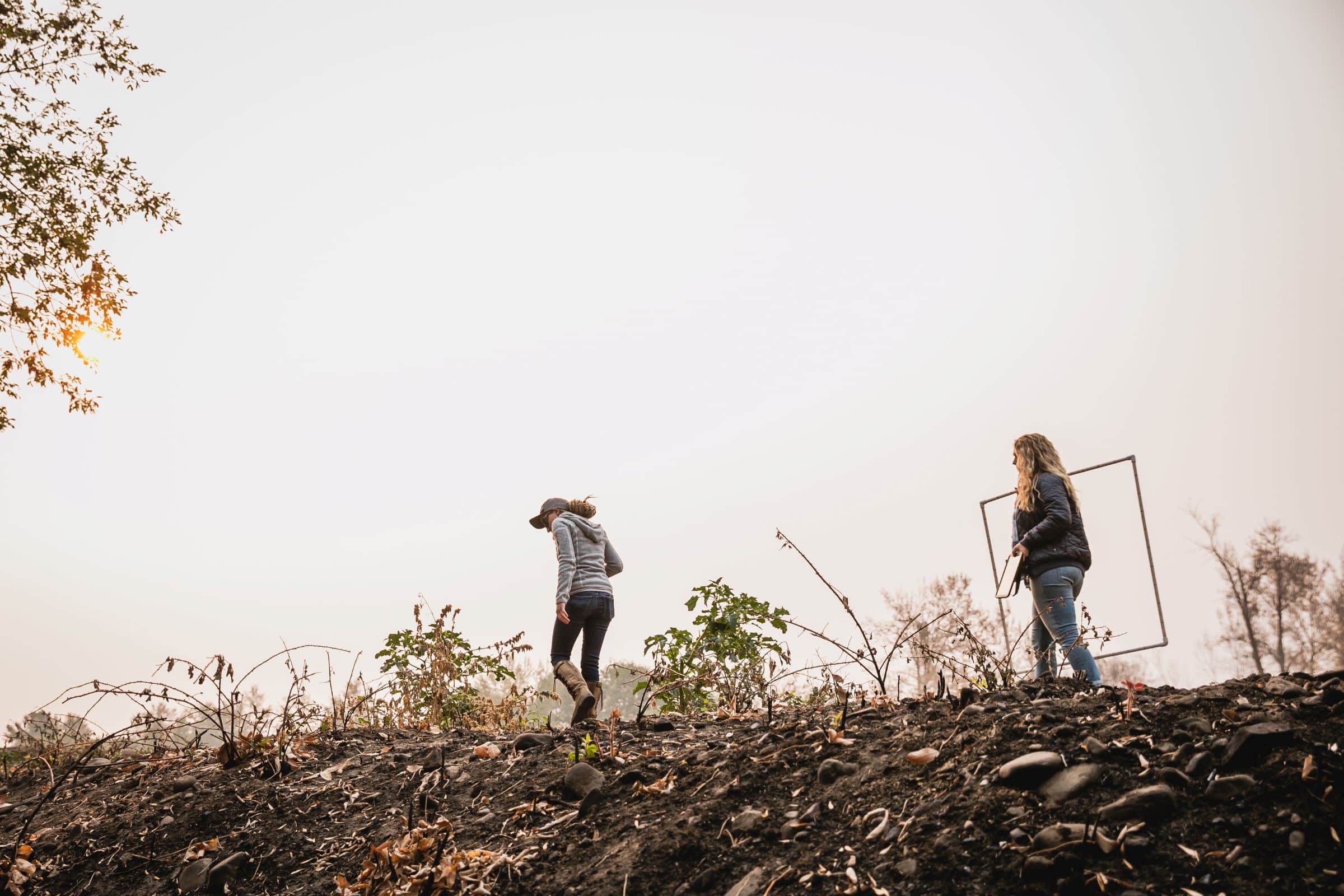 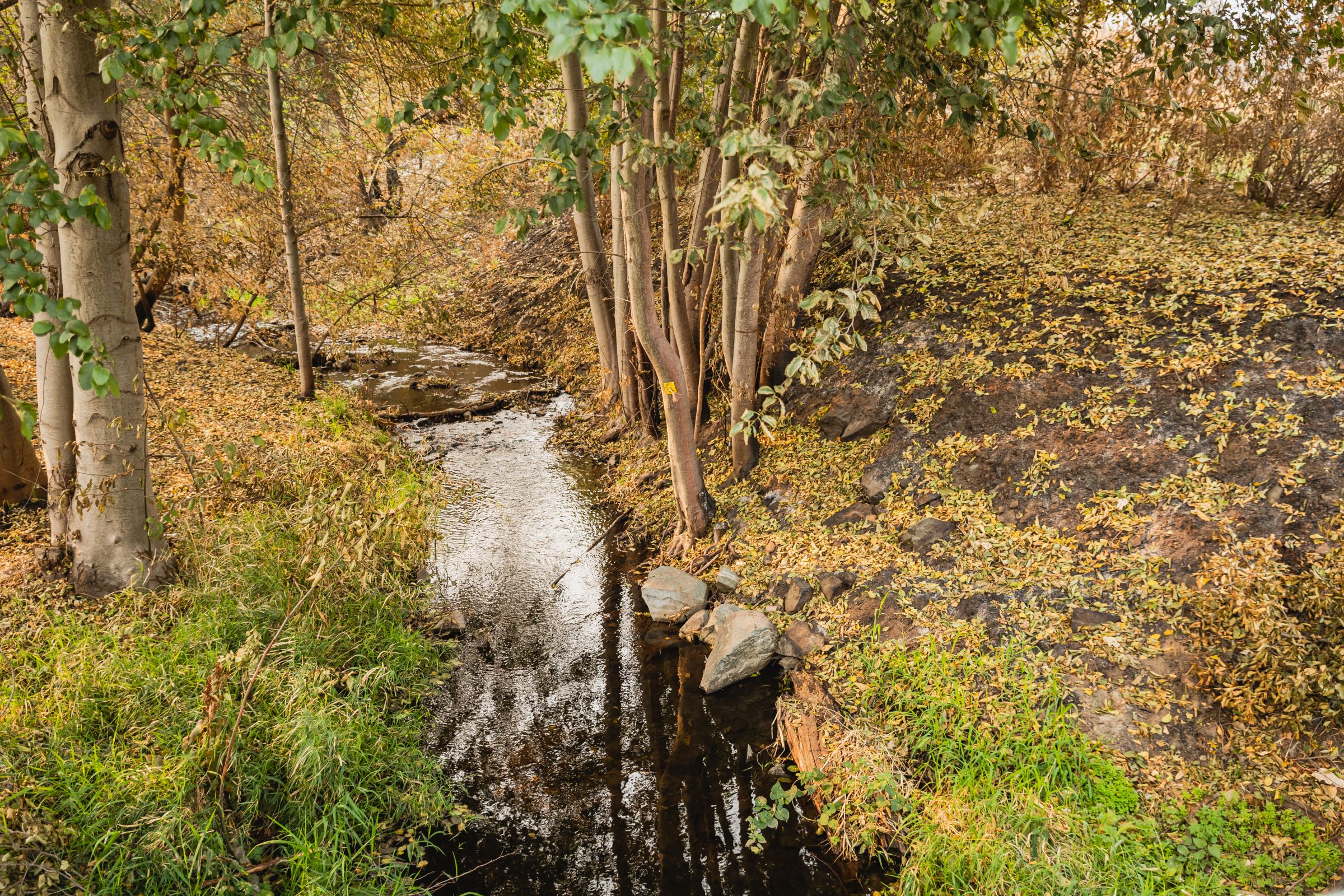 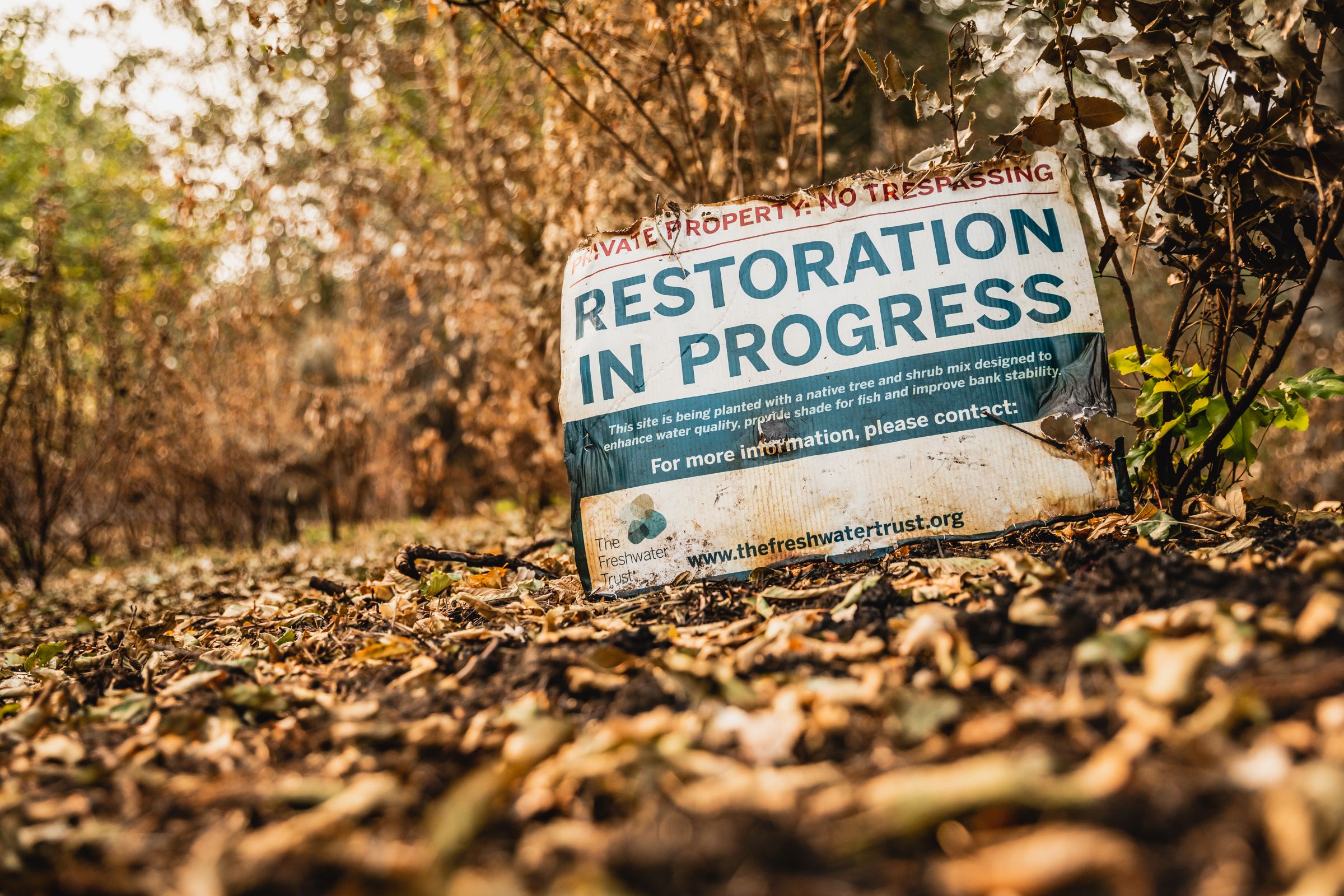 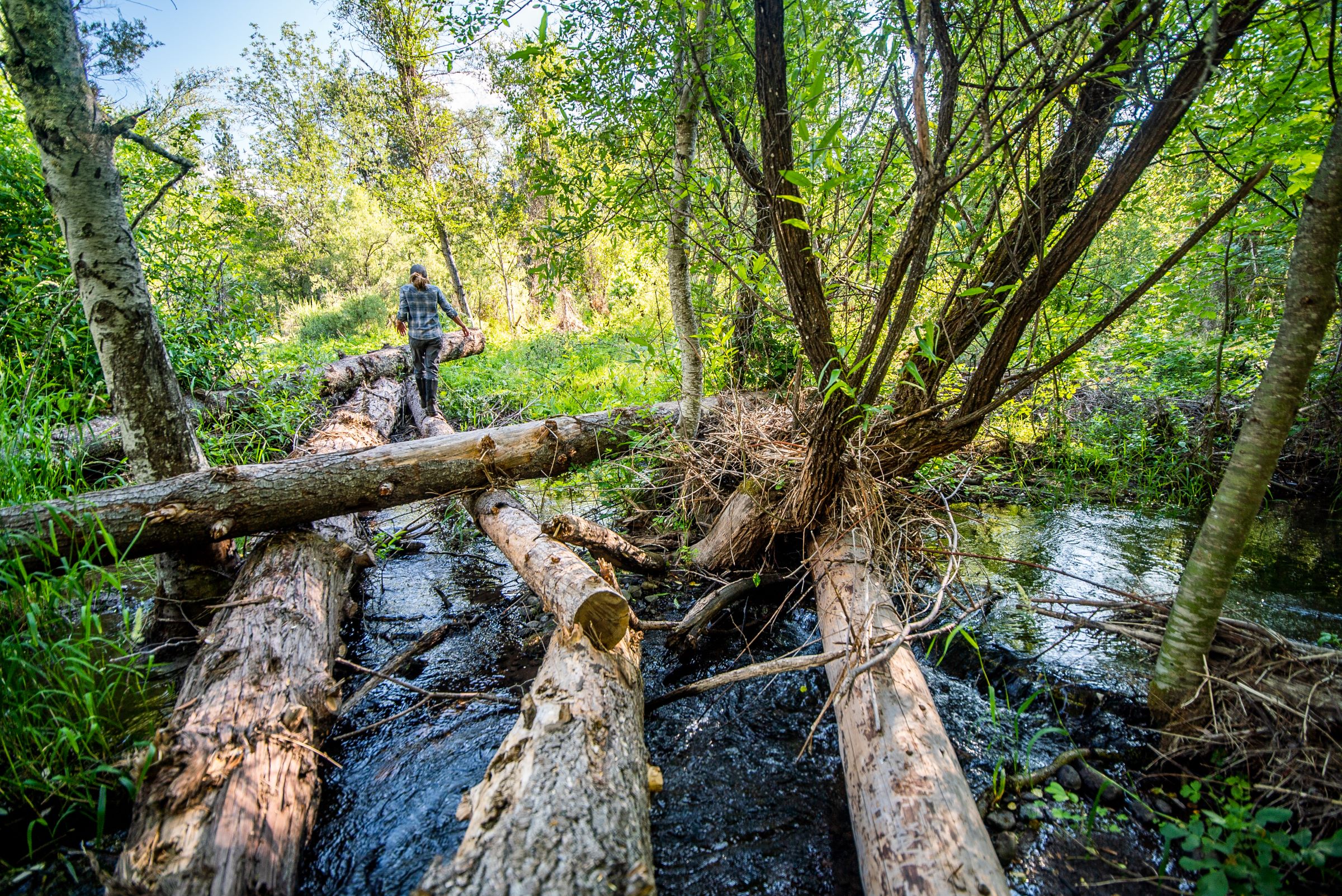 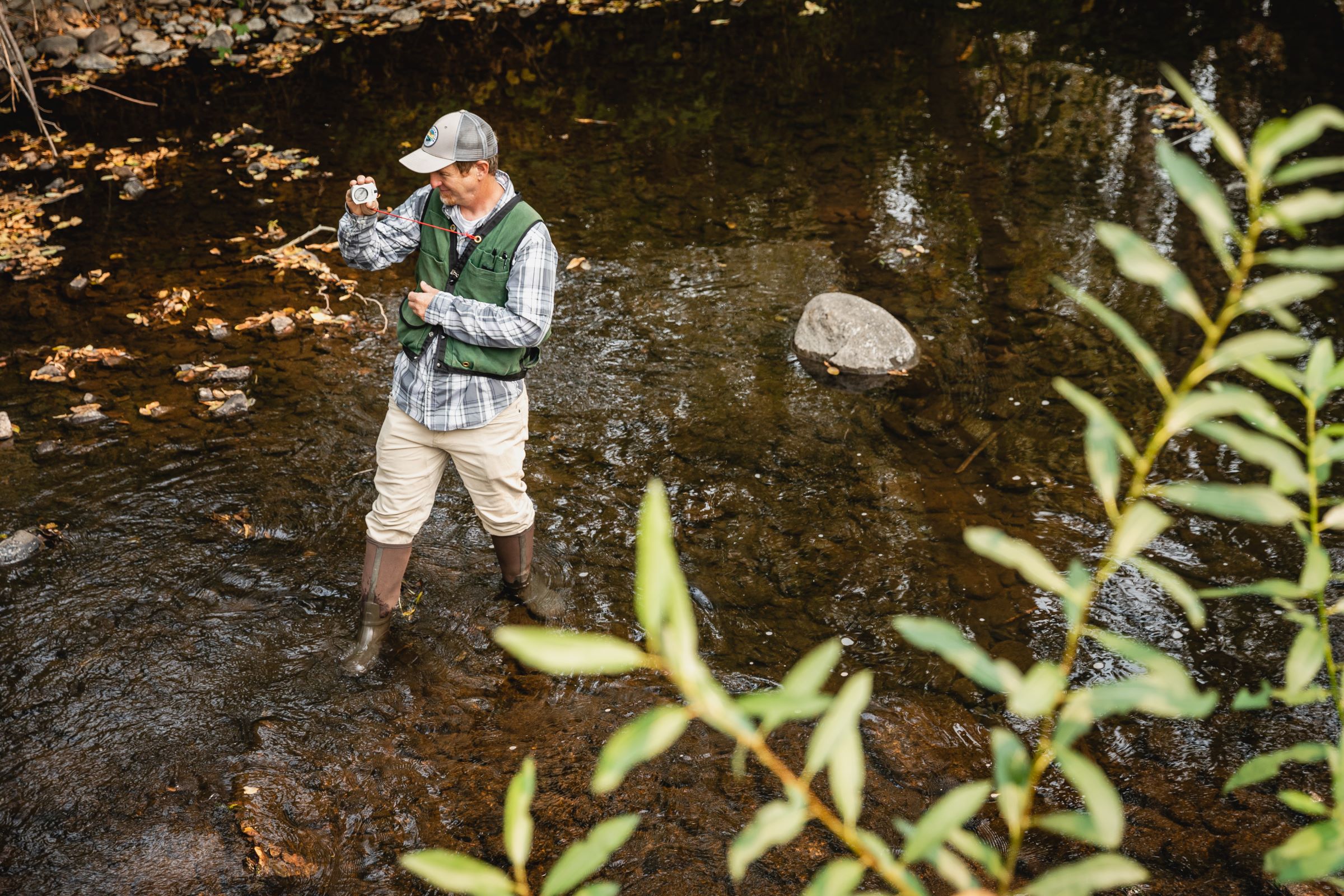 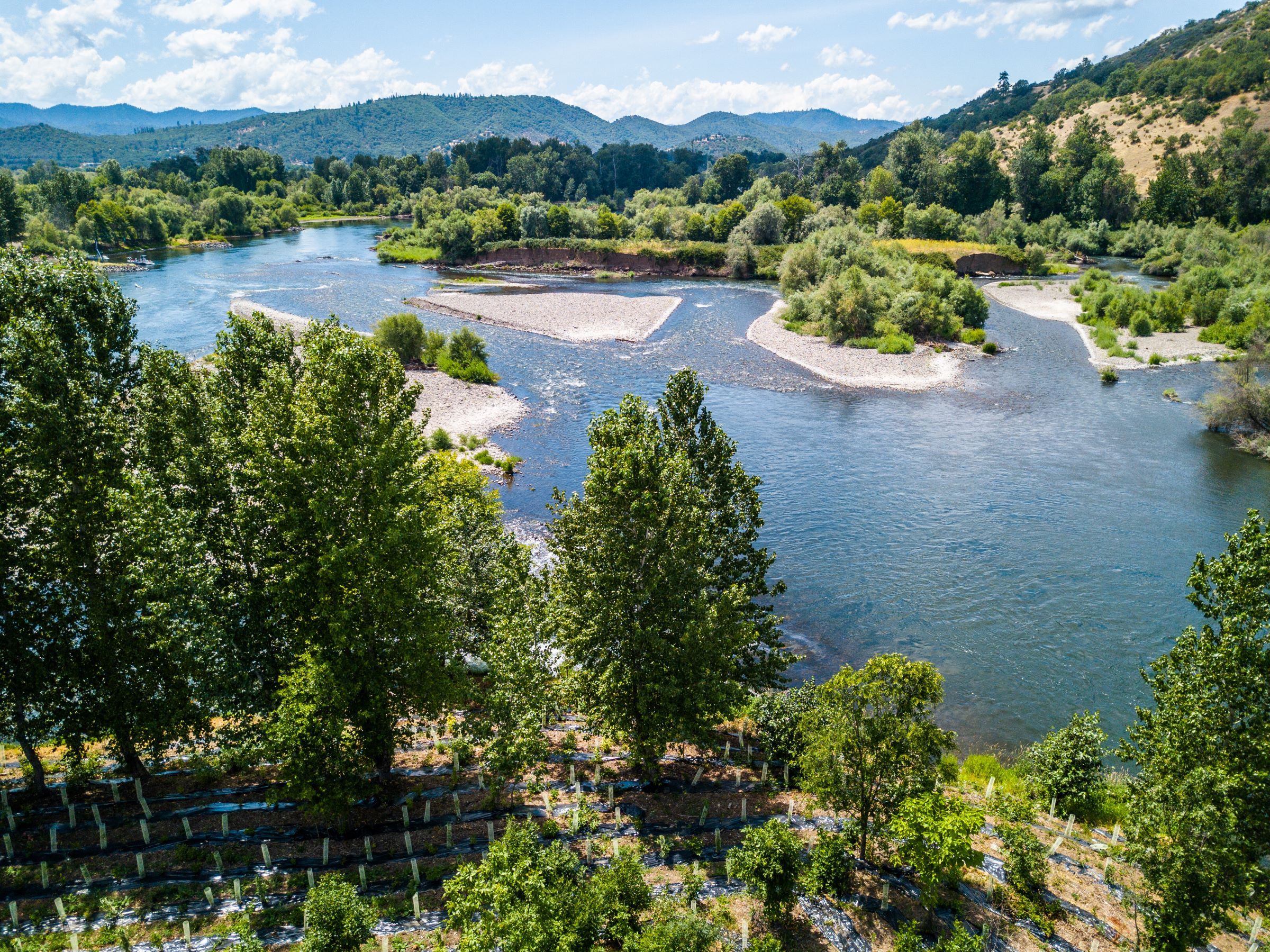 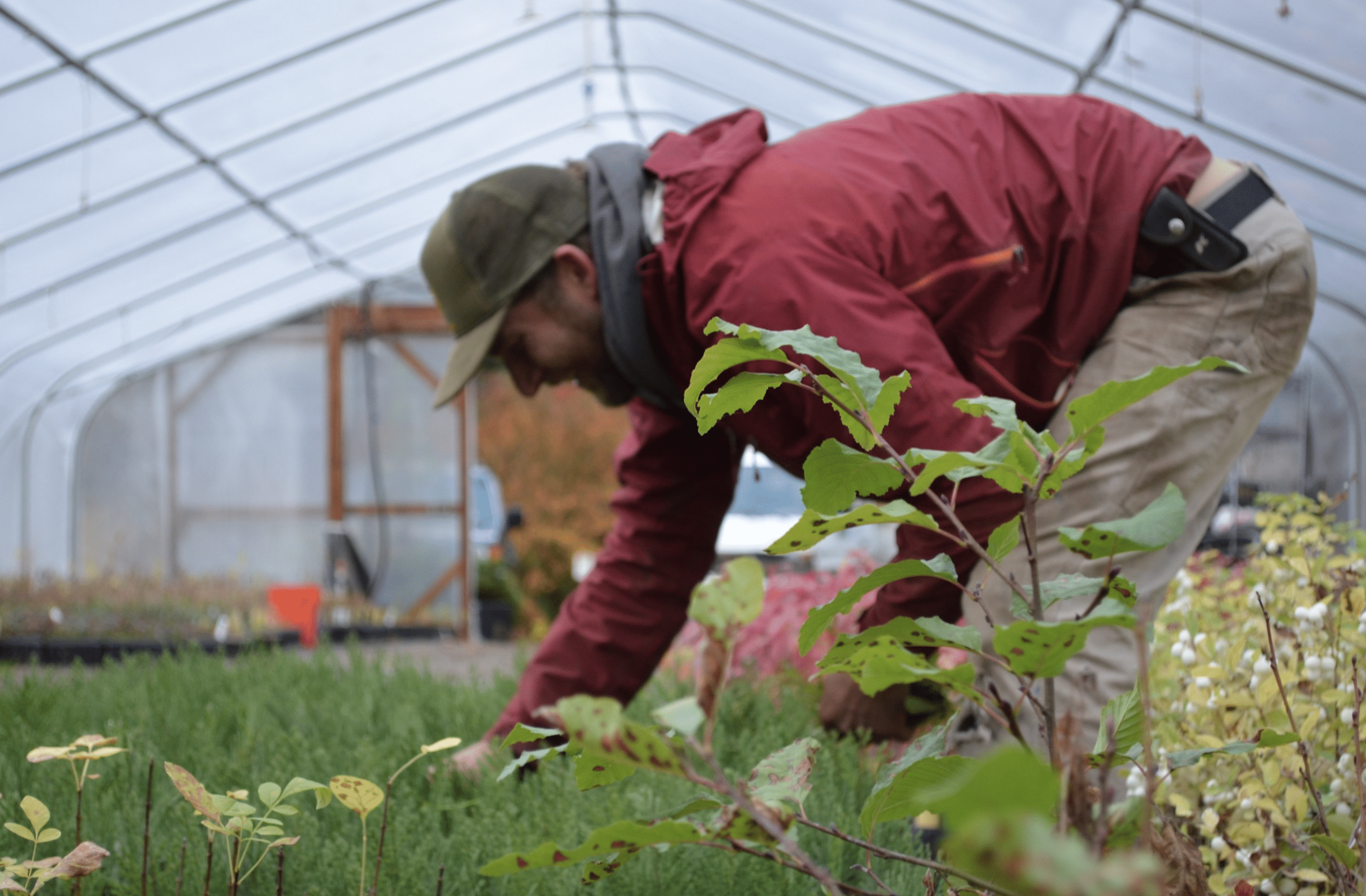 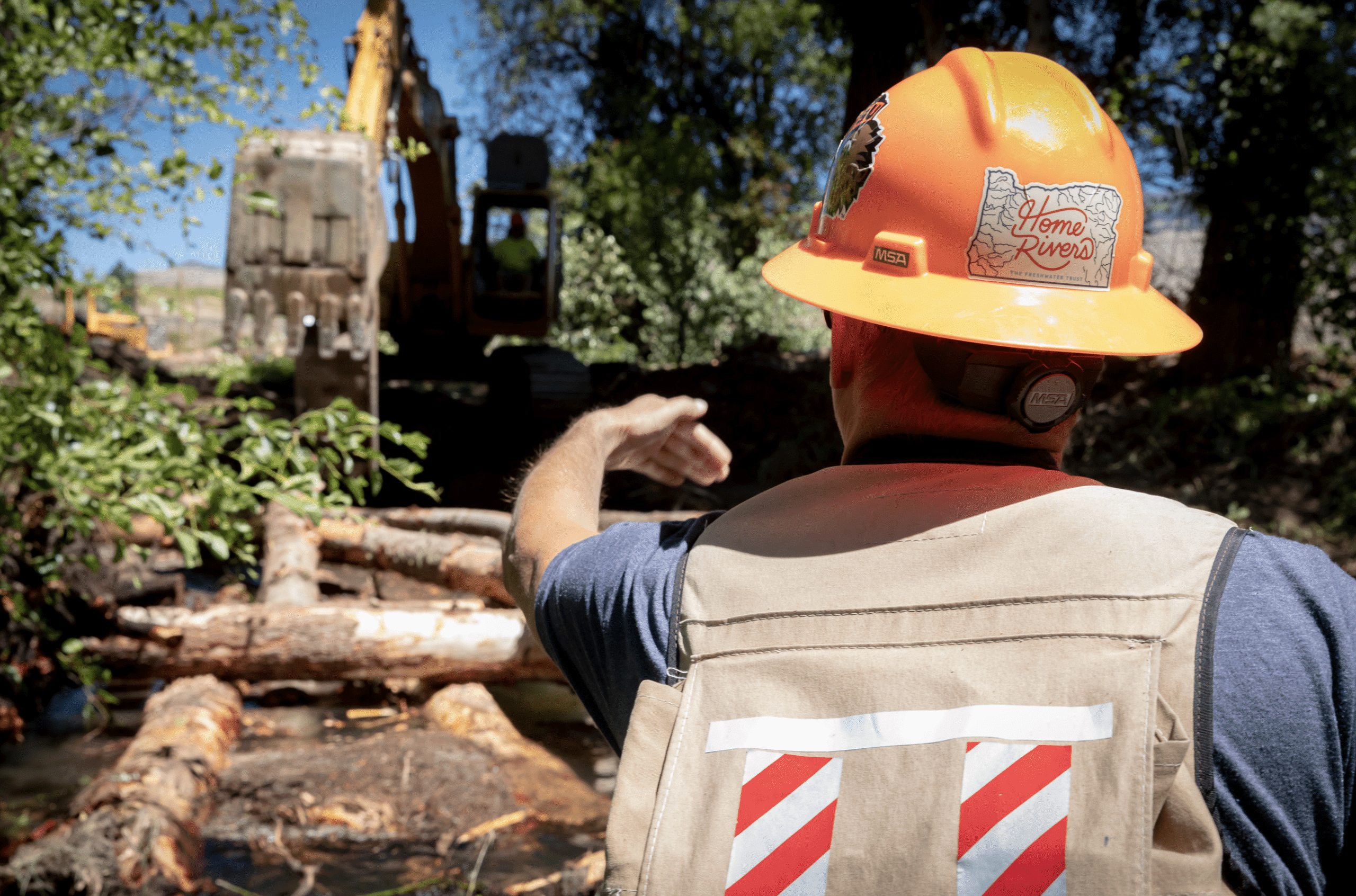 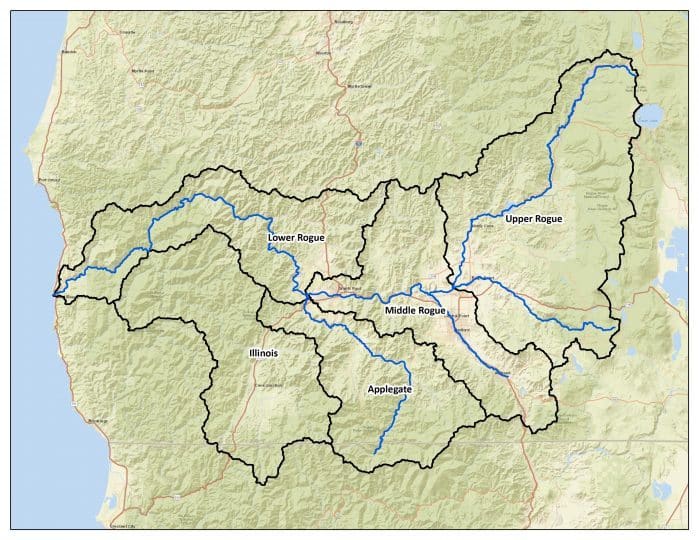 In 2010, $200K in philanthropic dollars and an innovation grant from USDA NRCS became the foundation of The Freshwater Trust’s (TFT) work in the Rogue basin. Ten years later, many stories have been added. 2020 marked a decade of implementing an interwoven network of on-the-ground restoration actions in the highest priority places and of forging new partnerships with private landowners, public agencies, and local businesses. TFT catalyzed an initial small investment into more than $25 million worth of restoration on the ground and into the local community. Our approach here — high-impact, holistic, and basin-wide — has yielded high-impact, holistic, and basin-wide results. The ability to employ analytics to take precise action, to leverage multiple sources of funding to achieve maximum results, and to keep rural communities supported, is no longer a possibility. It was made real in the Rogue.

Under our initial contract with Medford, TFT was charged with ensuring it could counter the impacts of the city’s wastewater treatment facility through natural infrastructure, such as planting trees and shrubs. To remain in compliance with the Clean Water Act, the plants would need to generate enough shade to offset 600 million kilocalories of solar load on the river. This year, nine years after the program began, TFT implemented restoration on 49 acres, reaching a threshold needed to satisfy the city’s permit requirements two years ahead of schedule.

“It’s been impressive to see how resilient these projects are, when it was so hard to believe that natural sites could hold up in the same way as the constructed option,” said Dustin Hagemann, water reclamation division manager with the City of Medford.

The thousands of plants tucked into the ground over the years have also helped prevent erosion, provide habitat, increase wildfire resiliency, filter nutrients, suppress invasive species growth, provide future woody debris for fish habitat, and beautify the river corridor for recreation. And the contract has supported local jobs by directing millions to local businesses, such as plant nurseries and landscape professionals.

“It’s rewarding to witness and be a part of how efficient and effective we can be with achieving a tangible target. In reality, however, this program is just one piece of a greater basin-wide plan and vision,” said Eugene Wier, Restoration Project Manager.

Implementing a successful restoration program with Medford opened doors with others, including the City of Ashland, the U.S. Forest Service, Oregon Department of Transportation, and the Bureau of Reclamation.

“Each of these entities has a different goal, but TFT is a central hub between many partners,” said Wier. “This is how you take piecemeal efforts and achieve better results, faster. There’s nothing ad hoc or coincidental about our approach. Everything is strategic. Everything builds upon everything else.”

When Covid shut down much of the world, we were gearing up for another summer and fall of implementing and monitoring projects. By taking precautions, we were able to safely stay in operation. This meant that many of the partners that rely upon us for business still received it. And for the rural communities in which we work, that mattered greatly.

“We have come to understand just how critical our role is in implementing these projects to the local economy,” said Katelyn Detweiler, restoration project manager. “There are many businesses here who have told us how important the significant infusion of investment has meant to their own stability. At a time when nothing seemed certain, the fact that we could still do business was critical.”

In 2020, TFT broke ground on its second water quality trading program in the basin with the City of Ashland. Two new projects were placed along Bear Creek that will help keep the city in compliance with the Clean Water Act, while improving native fish habitat and water quality. Seven acres have been planted to date, and another eight are slated for the fall of 2021.

Another season of progress was also made in our long-term partnership with the Bureau of Reclamation. Since 2015, we have improved habitat complexity through the placement of large wood structures throughout the Rogue. Also on Bear Creek, 85 new woody structures were put in place in 2020, allowing water to expand and extend to nearly 10 acres of new floodplain and reconnecting five historic side channels that had been disconnected.

Staff assess impacts of the Almeda Fire along Bear Creek

In early September, after months of the organization proving its resilience and momentum by continuing to put projects on the ground safely during a global pandemic, our projects proved their own resilience. Unprecedented wildfires swept through Southern Oregon. While the devastation to many communities was severe, the fire underscored another benefit of our projects. The creeks and rivers plagued with invasive plants and shrubs burned hotter, while the restored sites endured the fire and prevented it from spreading rapidly.

“We saw how having a healthy riparian area makes a difference for fire events like this. That’s a good thing, because we know they’ll be much more severe and frequent with climate change,” said Wier.

Three of the five projects planned with the City of Ashland set to be implemented in 2021 are located on lands that were burned during the Almeda fire.

“The projects will accelerate the recovery process and secure the resilience of the landscape,” said Wier. “The benefits of these projects continue to make themselves known.”

Want to help The Freshwater Trust and the Rogue River Basin Partners keep working on the Rogue? Make a gift today.

(Data) Visualizing a Better Future for the Rogue
June 8, 2020

Watching the Water with River Design Group
May 27, 2020

Infographic: Uplift in the Rogue
October 1, 2018

Infographic: Where we work

Identifying where to do restoration in Little Butte Creek
April 6, 2018

The dollars and sense of restoration
June 28, 2017

Infographic: The Freshwater Trust in the Rogue River basin
June 12, 2017

Creating watersheds of the future
February 27, 2017